The spread of cloud services throughout the enterprise has long threatened traditional security designs based on a protected perimeter with hardware firewalls to control traffic flows. As organizations increasingly use cloud infrastructure (IaaS) to host custom applications and migrate commodified software from internal systems to SaaS products, securing clients, data, systems and applications has become impossible without replacing hardware-based controls over physical network segments with software-defined services managing virtual networks. Just as every other form of enterprise infrastructure and software has been cloud-ified, network security products have followed the cloud migration, with a thriving market in security-as-a-service offerings including:

Netify will profile each in the coming weeks, but start at the most fundamental layer of network security: the firewall.

Firewall-as-a-service (FWaaS) provides the features of a next-generation firewall as a managed, hosted, shared service available from both traditional firewall providers like Palo Alto Networks or a new breed of cloud-native security companies like Cato Networks or Zscaler. As such, they provide all the features of an NGFW including:

FWaaS providers typically offer other network security services like ZTNA and SWG that are delivered from a worldwide set of POPs positioned within a few milliseconds of most users. For example, Cato Networks has 60 POPs providing localized access on every continent. POPs are connected to multiple data carriers like AT&T, BT, NTT, Telia and others to onboard traffic and provide reliable, secure, high-bandwidth connectivity to the FWaaS infrastructure and other cloud providers. For example, Zscaler can sustain more than 700Gbps to many cloud providers.

FWaaS and other security service providers increasingly use AI machine learning (ML) and deep learning (DL) models to analyze network telemetry, event logs and packet flows to identify and flag anomalous behavior. Vendors often aggregate anonymized data from all customers to better train AI models and find new and unusual threats before they become widespread. Many combine AI analysis with a cloud-based application sandbox that will contain and test suspicious files or code, but not positively identified threats, for malicious behavior in an isolated virtual environment before passing the code or packet stream onto its destination.

Aside from providing regularly updated NGFW features, running on shared cloud infrastructure allows FWaaS products to dynamically scale firewall capacity to meet changing needs. Such scalability is particularly important for companies like retailers or online entertainment and gaming providers with highly variable and seasonal traffic or anytime an organisation’s network is under DDoS attack.

Other than the edge access nodes, the backend components are invisible to the user with traffic and data automatically flowing within the provider's cloud environment to the appropriate subsystem.

Benefits and use cases

Traditional firewalls, whether implemented as a hardware device or virtual appliance running on a multi-NIC server, were designed for enterprise networks using perimeter-based security with little internal network segmentation. However, the rise of cloud infrastructure (IaaS), SaaS applications and home-office employees has broken this moat-and-castle security model and left users vulnerable without cloud-based security systems. FWaaS fixes the limitations of perimeter firewalls via a cloud control plane and virtual edge architecture that can deploy firewall instances on any enterprise network segment, including cloud VPCs.

FWaaS is appropriate for any organization migrating workloads and applications to the cloud and can be used on any network including enterprise data centers, public cloud environment, branch and home offices, distribution centers and remote manufacturing and retail locations. FWaaS typically supplements existing data centre firewalls that are still used for internal network segmentation, although smaller companies with minimal internal infrastructure might choose to go all-in with cloud security services like FWaaS.

Aside from the flexibility to be deployed at any location worldwide, FWaaS has several other benefits:

As the last point implies, most vendors offer FWaaS as part of a broader suite of security services, however, our focus here is solely on their firewall products.

Many firewall vendors now have a FWaaS product, while others are cloud-native startups without a legacy product line. Additionally, many carriers, CDNs and ISPs offer a FWaaS based on one of the commercial NGFWs.

We don't have space to profile all of them, but these five represent some of the best FWaaS products and technology currently available.

Who are the top FWaaS (Firewall-as-a-service) providers?

Cato’s NGFW is integrated with its SASE suite and provides a single, logical, globally distributed firewall with a unified application-aware security policy. It provides the standard features of a conventional hardware firewall, including: 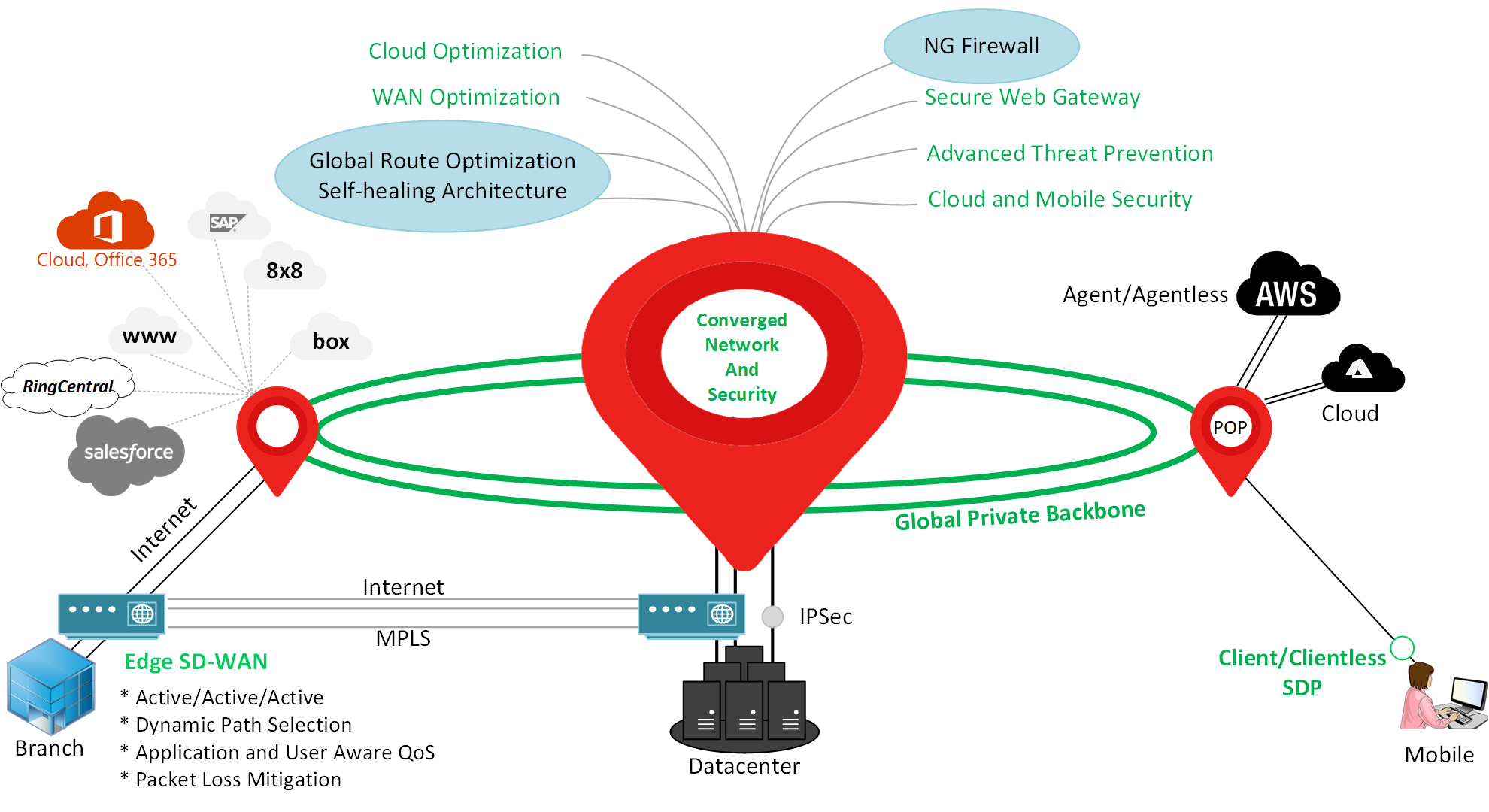 Palo Alto Prisma Access consolidates its networking and security capabilities, including FWaaS, into a single cloud-delivered SASE platform. The FWaaS includes all the features of its successful Next-Generation Firewalls (NGFWs), including:

Palo Alto has more than 100 POPs in 77 countries and promises five-nines availability per month (26 seconds of down time).

Like all of the vendors in this list, Versa incorporates a FWaaS into a comprehensive SASE product that can be internally deployed in a data center (self-managed), hosted by a service provider, delivered as a Versa-managed cloud service or as a hybrid combination of internal and managed services. Its VOS software supports multiple tenants and uses a single-pass architecture that parallelizes packet processing and security components to improve performance and scalability. Versa's NGFW has a similar feature set to the other firewalls in this article, namely:

Zscaler's Zero Trust Exchange is a four-pronged cloud-based approach to user, application and cloud security that uses FWaaS in several areas and allows contextual information to be shared between the firewall and other security services. Zscaler runs on 150 data centers around the world that process more than 160 billion transactions per day. Like all FWaaS products, Zscaler uses a unified, distributed control plane that provides policy consistency across all firewall instances. The Zscaler Cloud Firewall feature set is consistent with its competitors in this article and includes: 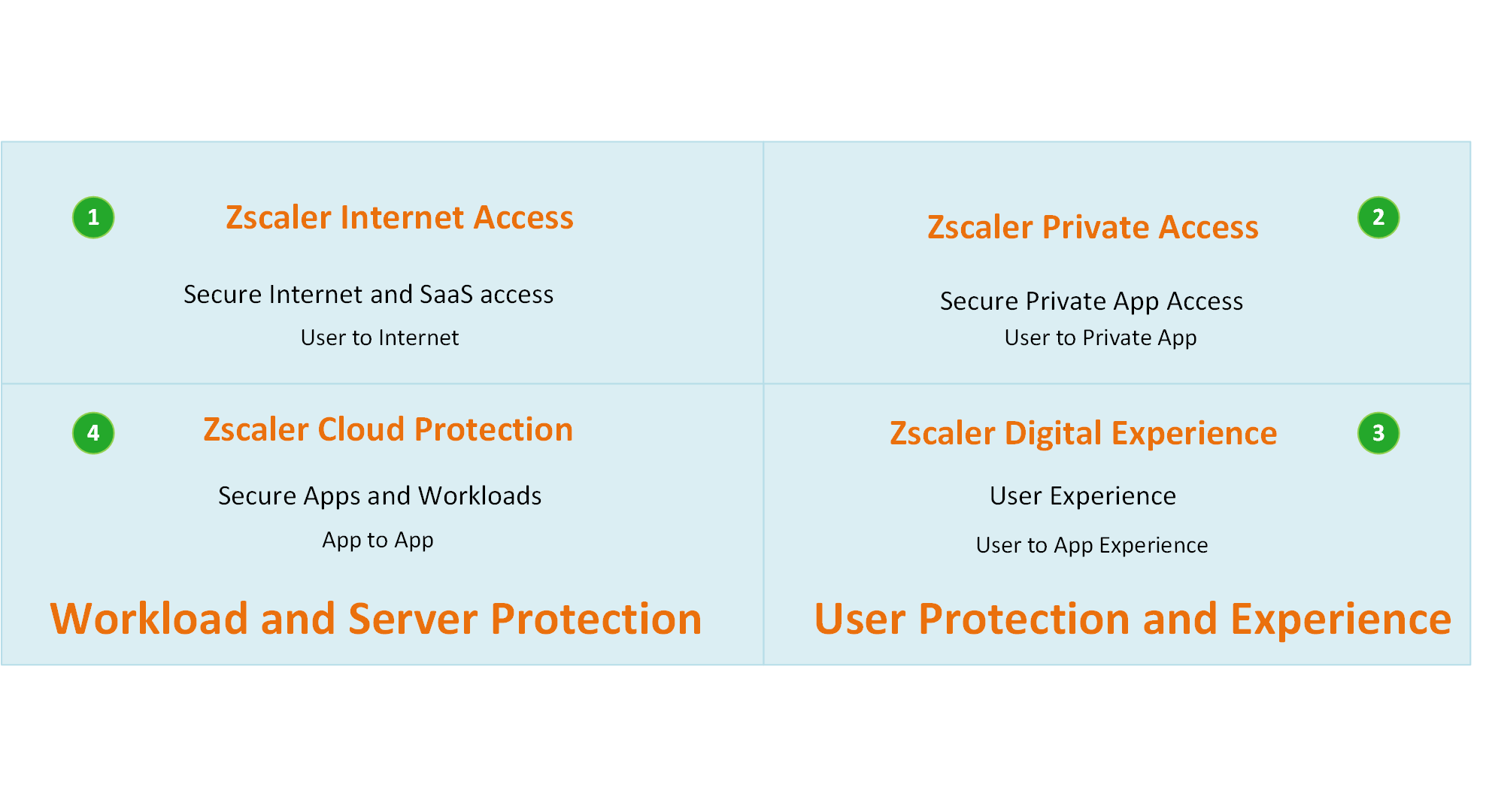 The FWaaS market is dynamic and thriving with estimated revenue growth of 25 percent annually. While many organizations paused infrastructure upgrades last year due to more pressing needs handling an entirely remote workforce, the market should resume robust growth as IT teams are forced to upgrade aging hardware and weigh the benefits of a managed service against the costs of traditional hardware and virtual appliances. FWaaS is particularly advantageous to help make the following strategic changes:

There is a vibrant FWaaS market comprised of both traditional network equipment vendors and a new generation of cloud-based SASE providers that provide abundant choices for organizations seeking to move their security into the cloud.

When IT teams consider their options across SD WAN deployments, direct Internet access is a fundamental component that will impact uptime and application performance across latency and jitter. Read More

What is SD WAN NGFW (Next Generation Firewall)?

Businesses constantly evaluate new technologies against their organizational security policy to combat the latest threats and sophisticated attacks across branch office and remote users. One of the most commonly discussed security products is the next generation Firewall, known as NGFW. Next ... Read More

What is the meaning of SD WAN?

What does SD WAN mean for Enterprise business? Ability to access public cloud resources from Azure, AWS and Google. Zero touch fast deployment to users and sites within hours. Easy out of the box configuration of policies. Ability to self manage changes. Ability to deploy standard SASE security ... Read More