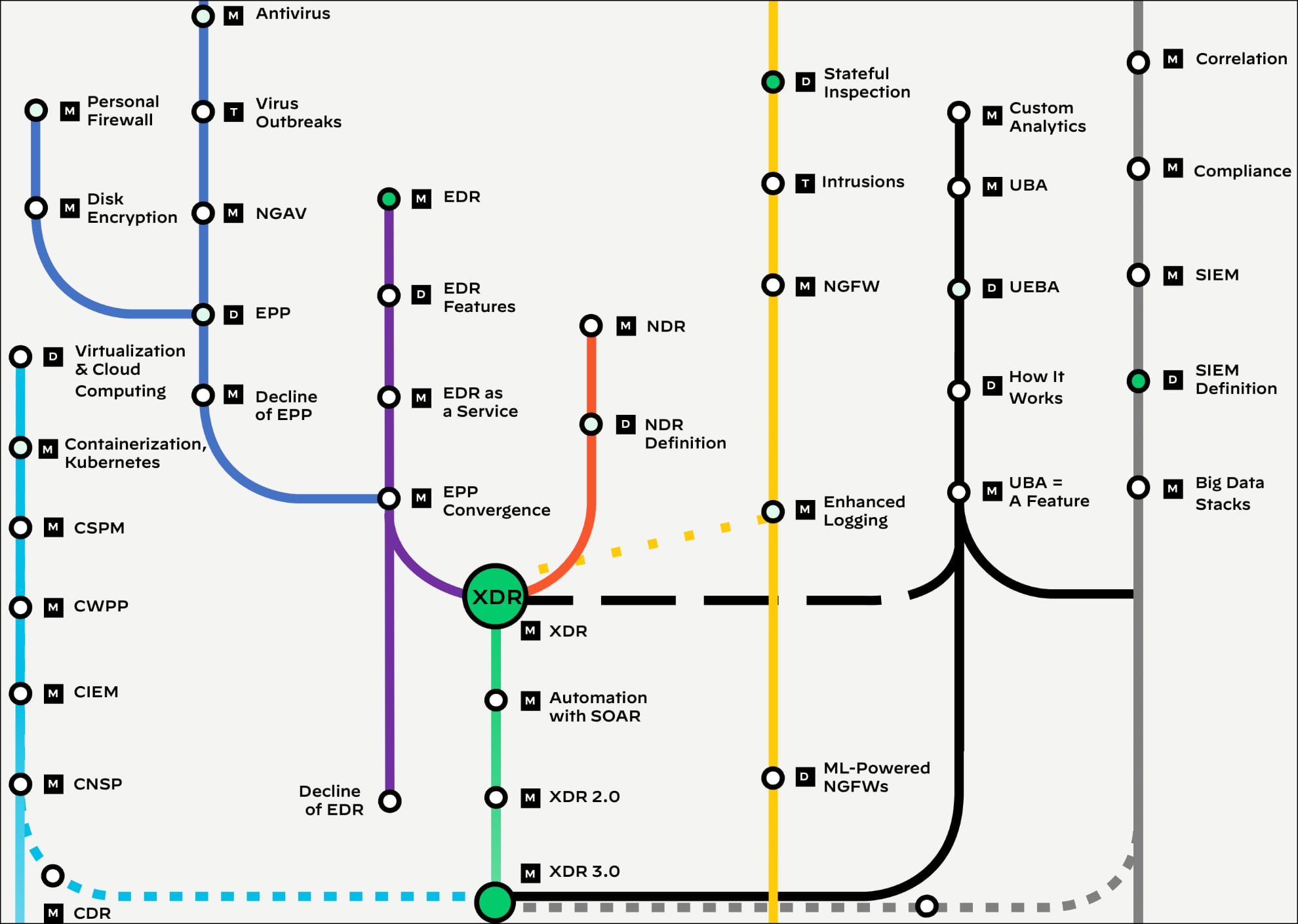 Our market guide series has included a mix of mature but retooled and new product categories but paradoxically, XDR is a blend of old wines in new bottles. First labeled only a few years ago by the CTO and co-founder Nir Zuk of Palo Alto Networks, according to the company, XDR results from the evolution and confluence of many software technologies.

Zuk dubbed the combination eXtended Detection and Response (XDR) and the name stuck, however, products are still early in their development, nearing the peak of inflated expectations on Gartner's hype cycle for endpoint security. Indeed, as recently as mid-2020, some analysts debated whether XDR was a valid product category or merely a design platform, SOAPA (Security Operations and Analytics Platform Architecture) in industry parlance.

Many XDR features evolved from the antivirus and endpoint protection products from which it evolved. Some products are mostly closed systems designed to replace existing SIEM (Security Information and Event Management) and SOAR (Security Orchestration, Automation and Response) products. In contrast, open XDR products are designed to work with existing products, for example, by triggering an automated remediation process controlled by a SOAR system.

What are the features of XDR Cybersecurity?

What is the market size for XDR?

Currently, the market consists of both installed software and services with the former accounting for 60 percent of the sales. The thesis behind our market guides is that cloud services will ultimately dominate the market for enterprise security products. Furthermore, as we have pointed out in previous market guides, product consolidation in the security industry and changing customer preferences have led most vendors to subsume product categories like XDR under comprehensive, managed, cloud-hosted services like SASE. Such category consolidation makes accurately specifying the market size of any functional category almost impossible.

What are the benefits and use cases for XDR?

There are several catalysts behind the growth of XDR that primarily stem from the increasing complexity and diversity of modern IT environments and the consequent difficulty of monitoring them for threats. According to one survey, some of the security challenges facing IT and security operation teams that XDR is expected to improve or address include:

Simplifying threat detection and response, since for most, the process is more difficult than it was just two years ago (76%)

Another survey identified the following as the most compelling and beneficial capabilities of XDR.

Altogether, XDR increases the productivity of IT and security operations teams by consolidating tools under a single management console, automating many previously manual tasks and reducing alert overload which can lead front-line administrators to miss threats and anomalous behavior. By proactively stopping threats before they afflict endpoints, XDR also reduces employee disruptions or downtime.

What are the top/best XDR vendors?

A primary premise behind our SASE market guide series is that most enterprises prefer to deliver security capabilities via managed cloud services instead of internally deployed systems. Such changes in customer demand have led most vendors of legacy network security software and appliances to join an innovative group of cloud-native security developers in offering managed security services that include XDR. Some vendors also license their software to carriers, CDNs and ISPs who offer XDR to complement their other connectivity and security products.

We don't have space to profile all of them, but these five leading SASE vendors, whose products we have covered in our previous market guides, have some of the best technology and capabilities currently available. They also illustrate the two methods cloud security providers use to deliver XDR: via integrated XDR modules or integrations to popular third-party XDR products.

What is the Cato Networks XDR service?

As one of the pioneers of cloud security services, Cato Networks has a comprehensive SASE offering that includes XDR, which it calls Managed Detection and Response (MDR). As the name implies, Cato MDR is intended to fully offload endpoint security to Cato's SOC and includes the following features.

Aside from providing real-time alerts as it discovers significant threats, Cato MDR also delivers monthly audit reports that categorize threat investigations by type, source location and date along with details on each incident. 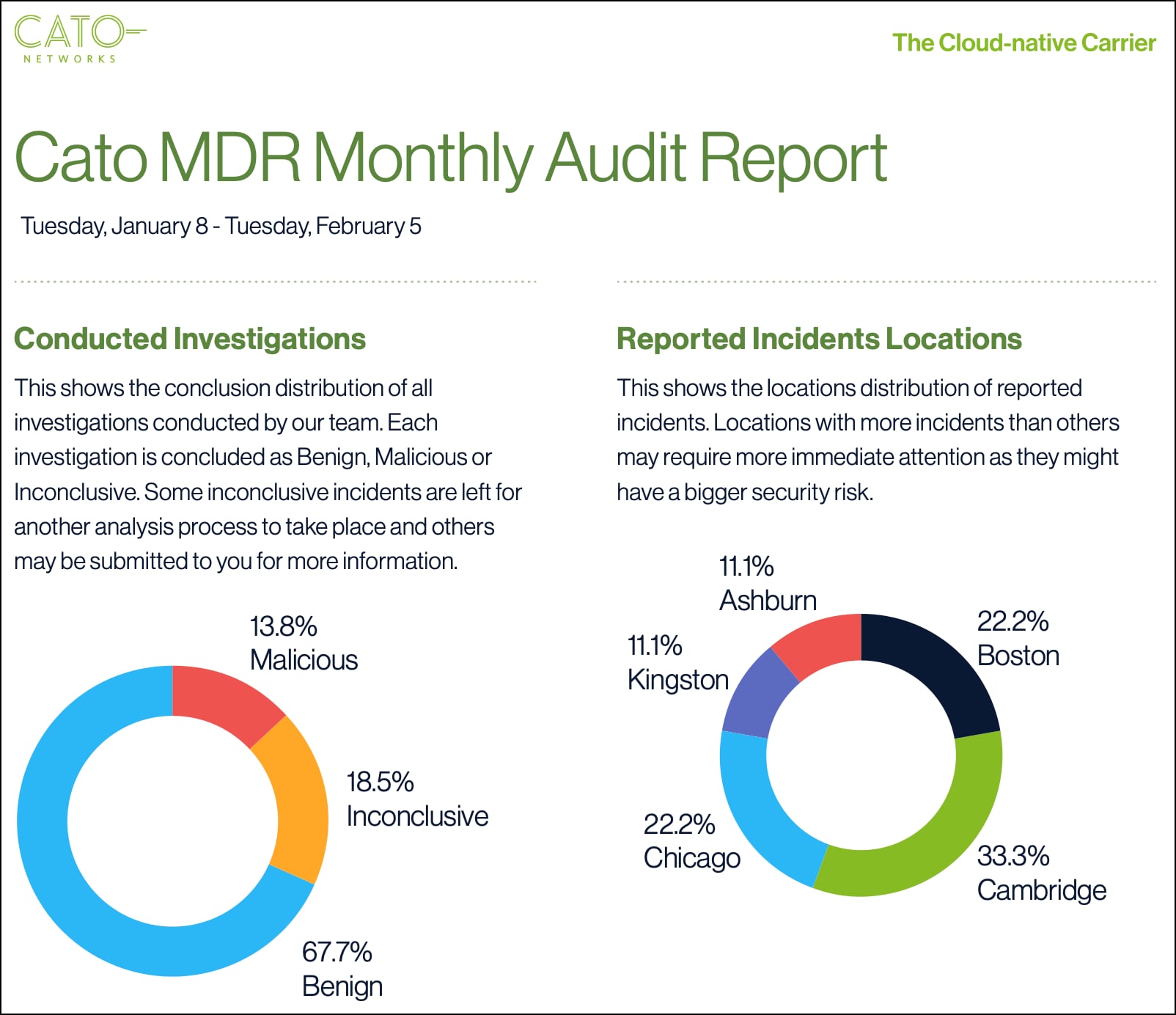 What is the Open Systems XDR service? 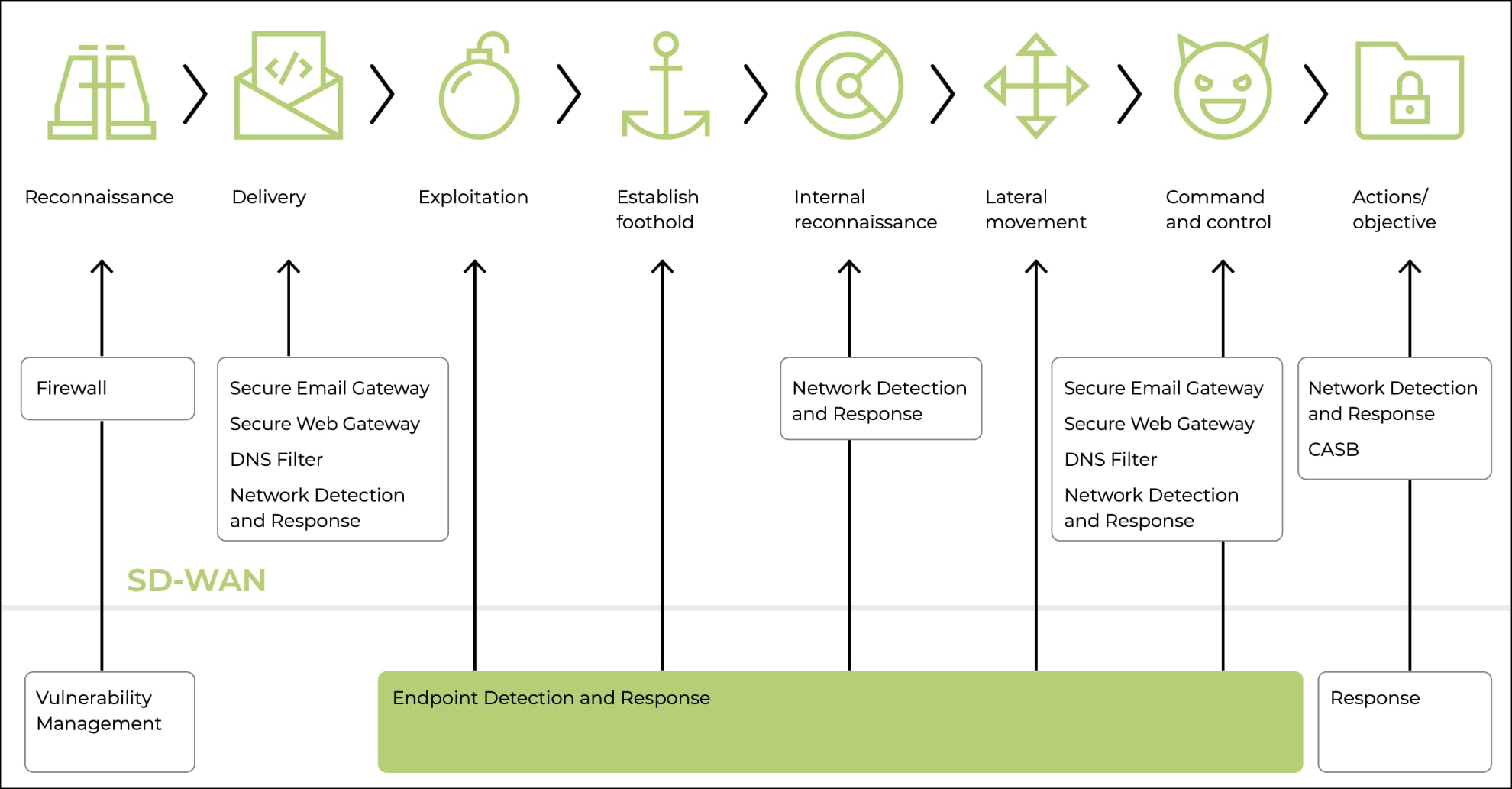 What is the Palo Alto Networks XDR service?

Palo Alto Networks does not offer a managed XDR service, but has a highly rated product in Cortex XDR which is part of a broader suite, including Cortex XPANSE (device discovery and visibility) and Cortex SOAR (workflow and runbook automation), design for SOC teams. 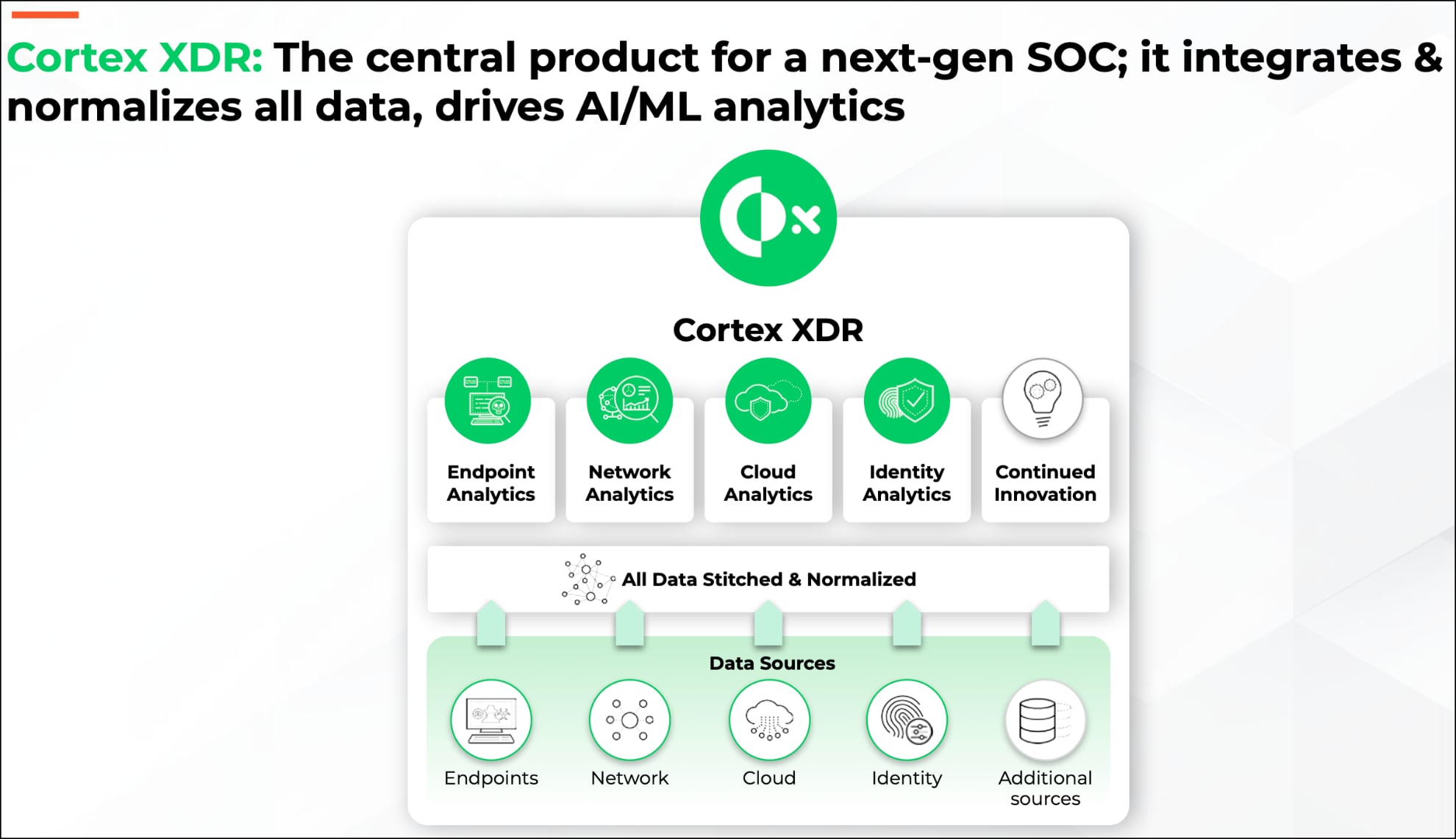 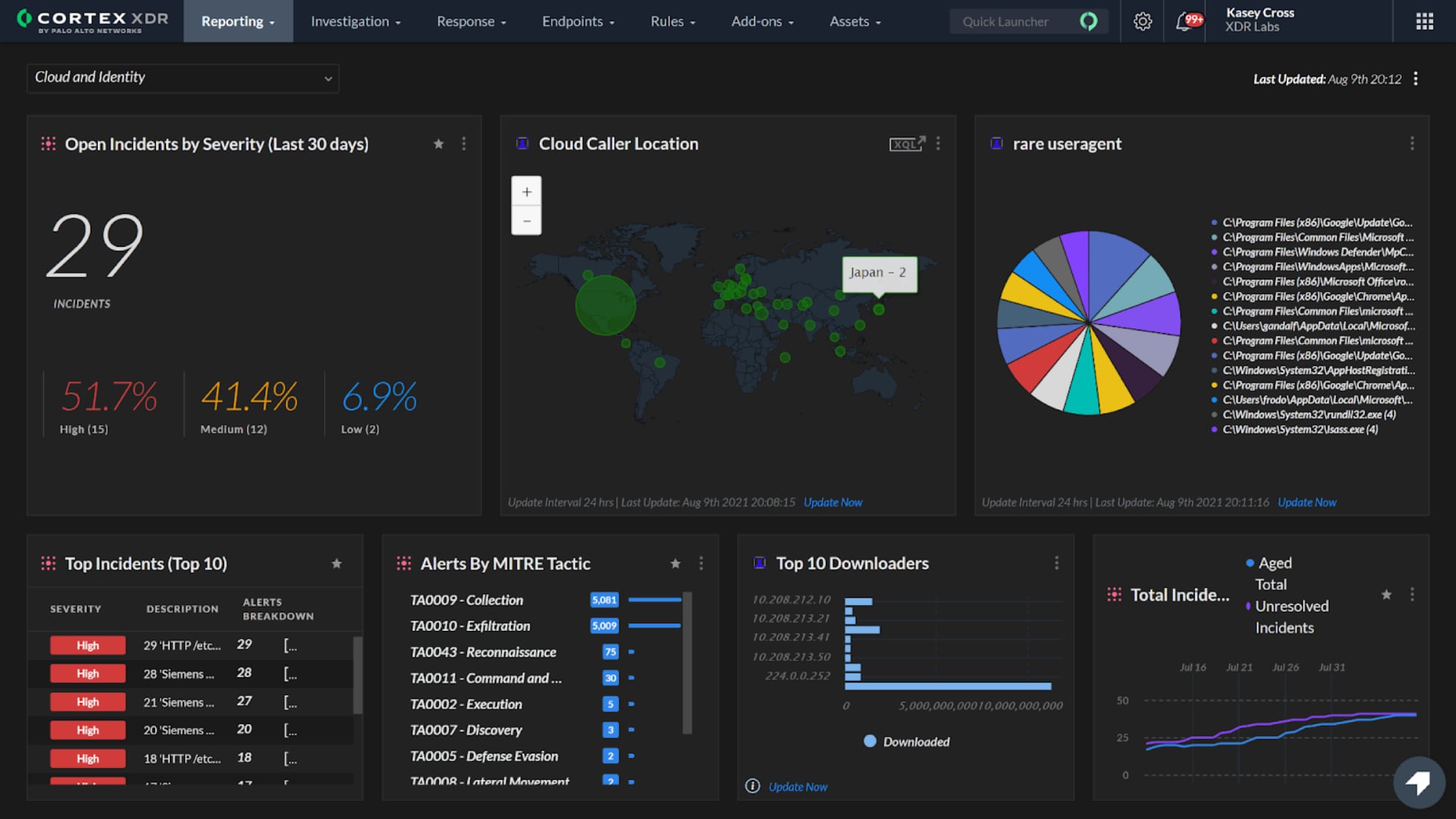 What is the Versa Networks XDR service?

Versa is often the choice of carriers and MSPs for their SD-WAN and SASE services and many of these also provide XDR/MDR services they integrate with Versa's VOS software.

SourcfWhat is the Zscaler XDR service?

Zscaler is another cloud security company that opts to deliver XDR via partner integrations rather than a branded product. Zscaler currently works with Crowdstrike, SecBI, Secureworks and several other SOAR providers.

These solutions work by streaming logs and other data collected from Zscaler Internet Access (ZIA) and Nanolog Streaming service (NSS) to the XDR platform which analyzes it using statistical, ML and other anomaly detection methods to detect suspicious activity by particular users, devices or locations. The XDR systems combine and correlate these into a set of suspicious incidents that are fed back to ZIA where changes to various security policies can be block the flagged activity.

Unlike other categories in our market guide series, XDR extends the security capabilities many organizations already have deployed via endpoint management and SOAR software.

Thus, security departments that already have (or can easily upgrade to) robust XDR functionality via products like Crowdstrike, Broadcom/Symantec, McAfee, Secureworks or SentinelOne will prefer a SASE product like Palo Alto Cortex, Versa or Zscaler that can stream telemetry to their existing system. In contrast, those looking for an all-in-one solution will prefer cloud-native products like Cato and OpenSystems.

Introduction: SASE features and evaluation criteria The 2020 stampede to remote work has finally reversed into a slow migration of employees back to the office. However, IT’s reaction to the sudden dispersal of colleagues across hundreds of broadband connections and insecure home wireless networks ... Read More

What is the Gartner SD WAN SASE security model?

What is the Gartner SASE security model? SASE is a concept brought to the market by Gartner. It represents the convergence of networking and security by combining CASB, DNS protection, Firewall-as-a-services, SD WAN and ZTNA delivered via cloud service infrastructure. The SASE framework (Secure ... Read More

What are the differences between Fortinet vs Palo Alto?

Every organization must be able to keep up with the rapid increase in technological demands, such as; remote working, lower latency and increased availability whilst protecting the infrastructure from the never ending list of threats and vulnerabilities. 2021 has had the highest average data breach ... Read More 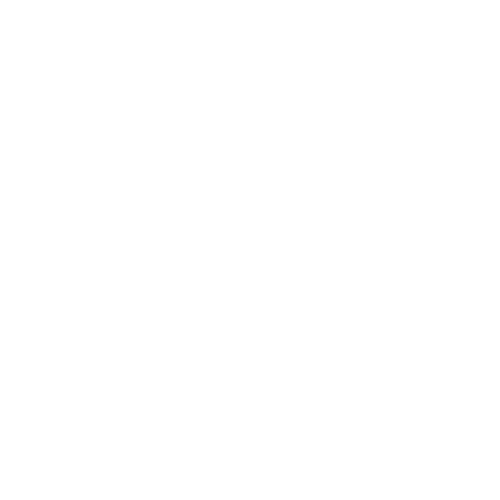